Many who know me well are aware that I have been talking about getting a tattoo for 4-plus years.  Intuitively I knew that it would become apparent when the time was right.  The tattoo was to be symbolic of Tom's spirit and my transformed life.  That's right - no tattoo until I was in my new life.

When I first contemplated the tattoo I thought it would be on my back, then I thought of it as being on my left shoulder.  As it became increasingly clear that tattoo-time was arriving - I knew deep in my bones that I needed to have it somewhere on my body where I could see it.  The tattoo is for me, not for anyone else.  That is when I settled on my left wrist.

When Deb and I arrived at Acme Tattoo on Friday evening I was excited and could feel the adrenalin pumping.  Acme is a well-respected establishment and has a reputation for quality work.  I didn't make an appointment, even though I knew for two weeks that April 9th was T-Day.  I felt that when I walked in the right person would be there.   I was correct.  Beth was the right person to do this tattoo for me.  My friend Deb, who has tattoos herself, was my encouraging companion - she was right by my side.

In the past five years, the dragonfly has become an important symbol to me.  In the beginning of my grief journey I was sent the legend of the dragonfly and it made a big impression on me.  Here is the story:

There once were a bunch of grubs who lived in the bottom of an old pond.  Every once in awhile one of their number would climb up a stem and leave the pond - never to be seen again.  The grubs agreed that the next one of their members that left in that manner would come back and tell the group what happened to them.  One day, one of the grubs had an overwhelming urge to climb up a stem and go to the surface.  Once out of the water the grub found that he had been transformed into a beautiful dragonfly.  He flew over the pond again and again - he could see his friends in the water below but to no avail - they could not see the dragonfly.  Remember, just because people take the trip we call death doesn't mean they are gone forever.

Those we lose live in our hearts forever.

For the past three years I have worn a tiny gold and silver dragonfly pendant around my neck.  In the these years, the dragonfly has come to have deep meaning for me - especially renewal, hope, and the power of change.

So I did it!!  Here is to my new life rushing up to meet me.  Here is the visible symbol of the journey no one wants to take and most important here is to my life - bursting open before me.  Here's to the future, with all my heart and with deepest gratitude.
Posted by Suzann at 6:06 PM 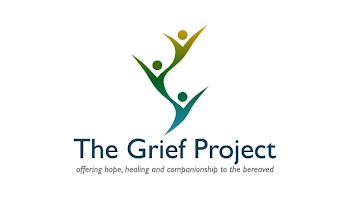