My friend V arrived from Seattle yesterday afternoon and I am on vacation until next week. Hooray! It is great to have a break from everyday stuff - it is lovely to have my friend with me. He is staying a week - the longest visit we have had together.

We are hanging around the Twin Cities - plans include a trip to the museum, a movie, dinner out, walks around the lake, and whatever else we decide to do - just taking it easy. Having fun and relaxing.
Posted by Suzann at 9:58 AM 4 comments: Links to this post

My grandfather served in World War I. He and his two childhood friends enlisted early and went to France. Three young guys from a tiny town in the Cascade Mountains in Washington state - shipping out to the horror of war - "the War to end all Wars."

I do not remember my grandfather talking about the war - I now know that it shaped his life forever in some very negative ways. Grandfather was awarded a Croix de Guerre, which hung in the Legion Hall in Concrete, Washington until my Grandmother died in 1989. His war experience killed his spirit.

My grandfather and grandmother were very involved in the American Legion. One of my early and fond memories is selling "Buddy Poppies" with Grammy. Her quiet example of patriotism, patience and sacrifice are with me today.

As a little girl, I knew the American Legion was important to them. It was a central part of their small town social and community service life. My grandmother served as a long-time President of the Legion Auxiliary. Over the years, grandfather held many leadership roles in the Post and one of them was to have drinks at the Legion Bar.

I didn't know that only two of the original three friends returned from France. Grandpa and Hobbie returned and founded that Legion Post to honor, Arnold Heskett, their childhood buddy who never came home. There is still an Arnold Heskett American Legion Post #132 in Concrete Washington.

My grandfather died in 1962 of complications from diabetes, heart disease and too much alcohol. I am sure the images of his military service were always very close to the surface for him.

It was not until the 1980's when Hobbie wrote about their time in France - that we learned of the terrible things they experienced - learned of heroism, death, destruction, and loss that never left them. It said much about some of my Grandfather's later life.

Hobbie lived to be over 100 years old and has since passed on. Arnold Heskett died in France more than 90 years ago - we are still killing our young people in combat. The beat goes on death, destruction, camaraderie, heroism, loss that will never leave us.

I honor those who serve - we must stop this madness.
Posted by Suzann at 8:35 PM 3 comments: Links to this post

for leaving your comment identifying the source of the quote I posted this afternoon.

Alla Bozarth-Campbell was one of the first women to be ordained priest in the Episcopal church. She was one of Philadelphia eleven: eleven women deacons ordained "underground" by a retired bishop of the church, the canons of which declare "a priest is a priest forever."
The Church National Conference laity had several times voted to accept women as priests, but the bishops continually blocked the ordinations by very slim minorities. Young male candidates for ordination were "striking," refusing ordination, until the Church at large allowed women priests. These eleven women pushed the matter from hypothesis into reality, and forced the Church to deal with it.

She penned this poem, together with various other works and writings.

I do not know where I found this quote - it has been in my computer files for a couple of years and I ran across it on Saturday. It is my guiding light at this time. I hope you enjoy it - if anyone knows from whence it came, please let me know.

Pack nothing. Bring only your determination to serve and your willingness to be free. Don’t wait for the bread to rise. Take nourishment for the journey, but eat standing, be ready to move at a moment’s notice.

I will give you dreams in the desert to guide you safely home to that place you have not yet seen….I am sending you into the wilderness to make a new way and to learn my ways more deeply.

Some of you will be so changed by weathers and wanderings that even your closest friends will have to learn your features as though for the first time. Some of you will not change at all.

Some will be abandoned by your dearest loves and misunderstood by those who have known you since birth and feel abandoned by you. Some will find new friendship in unlikely faces, and old friends as faithful, and true as the pillar of God’s flame.

Sing songs as you go, and hold close together. You may at times grow confused and lose your way….touch each other and keep telling the stories. Make maps as you go, remembering the way back from before you were born.

Remain true to this mystery. Pass on the whole story….Do not go back. I am with you now and I am waiting for you.
Posted by Suzann at 5:01 PM 4 comments: Links to this post

That's right - this week I went online and got my free credit report and found an unscrupulous person had my social security number. Over the last 5-6 weeks they had opened 5 different credit card accounts, all with very high credit limits. The cards had not been used to a great degree - YET!

Today, a fraud prevention specialist at one of the banks told me this scenario is common - the thieves get as many accounts open as they can and slowly begin to activate them - once they are assured the cards are valid, they swoop in and start spending.

In my case, the cards were in my name (first name spelled differently)with different male first names (and my last name) as authorized users. The only thing they had was my name and social - EVERY other identifier, mother's maiden name, phone, address, email, was false. I am so fortunate, most of the time people do not know this is going on for months and months. As one bank employee said today, "by the time most people find out what is going on it is such a mess to clean up and your credit is in shambles."

Why did I get the credit report? It is so weird. I worked at home on Wednesday, late in the afternoon I flipped down the flat screen under the kitchen cabinet and turned it on. I was sitting at the center island engrossed in my work (not even aware of the TV) when all of a sudden my attention was drawn to a commercial. The commercial was get your free credit report.

For some reason, in the middle of working on a client project, I thought - "wow, it has been ages since I have done that." I stopped work, went online and downloaded my report. That's when I discovered the identity theft. Whew, angels on my shoulder I guess.

In any case, I have now put a lock on my credit report and have invested a ton of hours in talking on the phone. If you haven't looked at your credit report lately - please do so. I have no idea how anyone got my social - but it is serious and they are without a conscience.
Posted by Suzann at 7:56 PM 7 comments: Links to this post 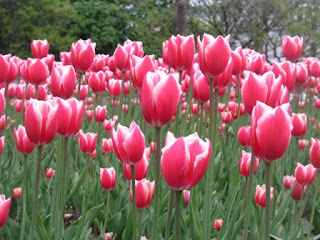 Mommy, I send my love and kisses across the miles on Mother's Day. I send my two beautiful daughters-in-law the deepest love and respect. How fortunate I am that you are the mothers of our beloved grandchildren, the wives of our sons and daughters of my heart.

To all my friends and loved ones - Happy Mothers' Day - the most joyful, stressful, difficult, rewarding role - Mom, Mommy, Mama, Mother -- what a privilege.

Love across the miles to each of you.
Posted by Suzann at 3:27 PM 1 comment: Links to this post

I see a new path emerging before me - it is just ahead and yet still out of focus. Since January, I have been working on being in the moment in my meditations, bodywork and other spiritual practices. In the moment, in the moment - and then this siren song of something just ahead.

I have all my classes/retreats scheduled at the Center for Loss and Life Transition. If all goes as planned, I will earn my Grief Counseling Certification in June 2009, opening new doors and new professional pursuits. I want time in the mix of these changes and new experiences. I must remind myself to take a step at a time - a moment at a time - a breath at a time.
Posted by Suzann at 7:53 PM 7 comments: Links to this post

Good Morning - just a brief check-in before leaving to facilitate a meeting in Minneapolis. My best friend left Monday afternoon - we had a memorable time. Since she departed, I have been busy catching up at work. Hope everyone is doing well - more to come.
Posted by Suzann at 7:01 AM 2 comments: Links to this post